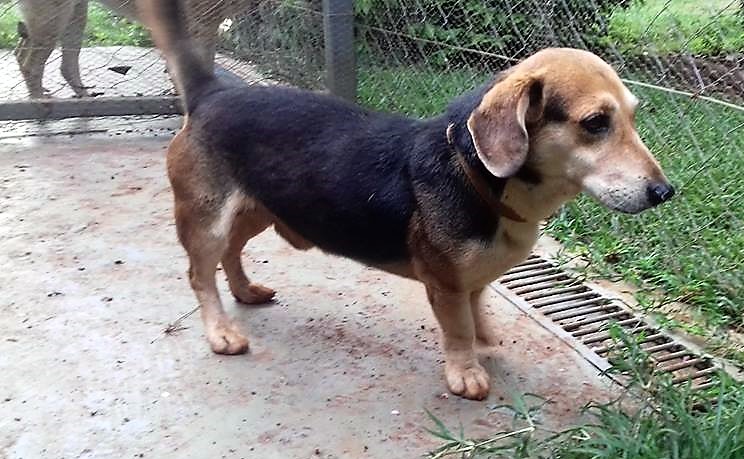 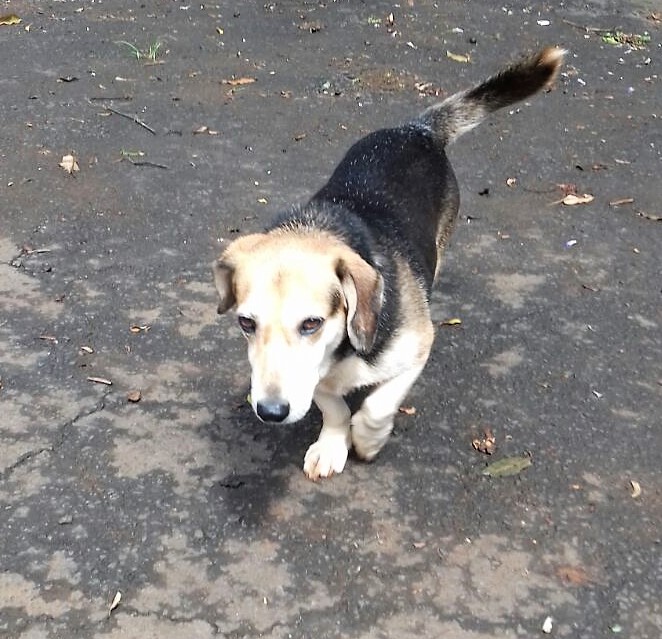 Flint was found as a scrawny little dog hanging around a farm gate. The owners of the farm called 1 of the TNR Trust volunteers because they did not recognize it as a local dog. Because he had probably been wandering around, he had gotten very skinny and seemed to be quite old as well. Flint was crying a lot and was covered in ticks.

Catching him was no easy task. He would give us the run-around and was also displaying some aggression, which made us think that he had probably been beaten. Once we were able to lure him out of his hiding, the wheels started turning on our TNR machine. He licked the volunteer’s hand very briefly, which was a good sign.

We first took him to the vet for vaccination and, once thoroughly checked, Flint was put in a loving foster home. At the foster home, it was just himself and 1 woman. He was allowed to be a soppy and cuddly lap dog and she was able to monitor his behaviour very closely. And luckily we found him an amazing new family who were very willing to adopt him.

We did a house visit to Flint, who is now known as Max, and he is delighted with his new family. We wish Max all the best!

If you like to know more about TNR Trust and what we do, please click TNR About us_FINAL_HR 20180110 for our flyer.

Big Thank you to Supporting Vets and Organizations